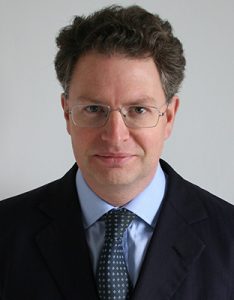 R -v- C – Central Criminal Court: Mr Newcombe’s client had pleaded guilty to murder on a Basis of Plea. The Crown disputed the Basis. A Newton hearing was held in order that the judge determine the factual basis for sentence.

The Crown case was that this was a murder for gain and that the correct starting point for the mandatory life sentence was 30 years.

The defence case was that the correct starting point for the mandatory life sentence was 15 years.

The main issue was whether the sentencing judge could be sure that the deceased was murdered for financial gain. The defendant had used the deceased’s bank card to gain access to his account after killing him in a ferocious attack. The two men had been in each other’s company during the day of his death when cheques were paid into the deceased’s bank account.

The defence case was that this was a tragic drunken overreaction to a minor slight which lead to the killing. The use of the deceased’s bank card was an afterthought.

A two day hearing was held at the Central Criminal Court. The learned judge heard evidence from prosecution witnesses, agreed pathology and neuropathology evidence, blood spatter and other forensic evidence. Other agreed evidence from CCTV stills showed the defendant using the bank card apparently with the deceased’s permission in shops and at an ATM prior to his death.

The learned judge also heard evidence from the defendant, and then defence submissions by Mr Newcombe.

In a detailed judgment the learned judge ruled that he could not be sure that the murder was done for gain. He made a finding that an aggravating feature of the case was that the defendant had concealed the body in bushes. This had been disputed.

The correct starting point for sentence was therefore 15 years as per the defence submissions. This was increased by 6 years to take full account of the aggravating features (including the ferocity of the attack, the vulnerability of the defendant at the time and the concealment of the body).

The learned judge then applied the full discount allowable in cases of murder for the  guilty plea (one sixth or 5 years whichever is the less). The sentence of the court was therefore Life Imprisonment with a minimum term of 17 and-a-half years (less days spent on remand).