After 30 years as head clerk Kevin Beaumont will retire at the end of June. An appreciation for Kevin’s service to Chambers will follow in due course.

Chambers is pleased to announce that Phil Paxton has accepted an invitation to succeed Kevin. 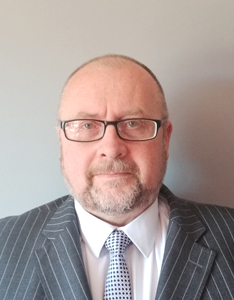 Phil joins us from Wilberforce Barristers Chambers of Hull where he has been head clerk for nearly 20 years and established an excellent reputation for working collaboratively with professional clients, members of chambers and staff.

“We are delighted to have secured the services of such an experienced head clerk as Phil to lead our first class clerking team. He impresses with his strong interpersonal skills and motivation to build upon the success of Dere Street.”

On his appointment Phil said, “ I have always admired Dere Street Barristers who are one of the most reputable and successful chambers not only on the North Eastern Circuit but the country as a whole.

I am thoroughly delighted to be joining them as Head Clerk and whilst I realise I have a big pair of shoes to fill following on from Kevin’s retirement I am so looking forward to seeing what the future holds and what I can bring to further develop the highly successful Dere Street practice groups.