Home / News / Less Than the Sum of its Parts: Proportionality in the Assessment of Costs. An article by Nathan Adams.

Less Than the Sum of its Parts: Proportionality in the Assessment of Costs. An article by Nathan Adams. 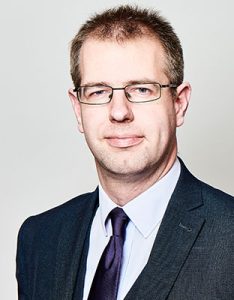 “The essence of proportionality is that the ends do not necessarily justify the means.”

It has been nearly 7 years since Sir Rupert published his seminal final report on the costs of civil litigation. The placement of proportionality at the heart of civil costs was so central to his vision that it resulted in the redefining of the overriding objective in April 2013, placing the expenditure of only proportionate cost on a direct par with the desire to deal with cases justly. The primary mechanism of that change was the concurrent amendment of CPR 44.3(2)(a) to its present form:

“…Costs which are disproportionate in amount may be disallowed or reduced even if they were reasonably or necessarily incurred.”

Surprisingly, reports of reasonable or necessary costs being disallowed under the new test were few and far between. Arguments on global proportionality in fact became less common on detailed assessment with the implied reversal of the old proportionality test set out in Lownds v Home Office [2002] EWCA Civ 365. Active consideration of global proportionality looked like it would be consigned in practice to the budgeting of future costs, rather than the disallowance of costs incurred.

Then, on 3rd June 2016, Senior Costs Judge Master Gordon-Saker delivered judgment in the case of BNM v MGN Limited [2016] EWHC B13 (Costs). The facts of the case were relatively simple. The Claimant was a primary school teacher who had had a relationship with a successful premiership footballer. Her phone was stolen and found its way to an assistant editor of the Sunday People newspaper, revealing the existence of the relationship. The Claimant issued proceedings seeking damages and an order preventing publication. She was granted an anonymity order and the claim settled on the basis of an undertaking, £20,000 and costs to be assessed.

The Claimant presented a Bill totalling £241,817. Over the course of a 2 day detailed assessment, Master Gordon-Saker made item-by-item rulings on reasonableness and proportionality which reduced the total Bill to £167,389 including base solicitor profit costs of £46,321 and base Counsel’s fees of £14,687. The only remaining issue to consider was whether a further reduction would be appropriate having regard to global proportionality.

Citing CPR 44.3(2)(a), Master Gordon-Saker stated at paragraph 20: “It is clear that the new test of proportionality was intended to bring about a real change in the assessment of costs.” He went on to apply the guidance in CPR 44.3(5), which bears setting out here in full:

Against each of these 5 factors the Claimant’s case, on its facts, was held to carry little weight. Master Goron-Saker concluded at paragraph 49: “In these circumstances base profit costs of £46,000 and base counsel’s fees of £14,000 must be disproportionate under the new test… In my judgment cost of about one half of those figures would be proportionate.”

Base solicitor profit costs were allowed at £24,000 and base Counsel’s fees were allowed at £7,300. More strikingly, the allowable ATE premium, which had been found to have been necessarily incurred at £61,480, was reduced to £30,000. Together with the consequent changes to success fees and VAT, the total allowed under the Bill was reduced to £83,964 – just 50.2% of the Bill as assessed on an item-by-item approach to reasonableness and proportionality and 34.7% of the original sum claimed.

How did the global proportionality test produce such a dramatically different figure to the item-by-item analysis of the very same Bill? The reasons appear twofold. Firstly, the test of reasonableness applied to individual items is assessed by reference to the norms of the profession; if, say, hourly rates are “institutionalised” at disproportionate levels then they would still pass a reasonableness test (Lord Woolf MR in Lownds, cited in BNM). Secondly, the test of proportionality applied to individual items remains rooted in the actual work in question, meaning an allowance will nearly always be made if the work was reasonably incurred at that stage. The global approach to proportionality suffers from neither of these limits, being bound by neither professional norms nor consideration of the minutiae of the work actually done. The factors in CPR 44.3(5) are applied to the litigation as a whole and the court can take an overview very different to the totals reached by the more detailed route.

Whether the court should take such a different view is more controversial. Applying global proportionality in this way arguably divorces the question of recoverable costs too much from consideration of a successful party’s actual legal outlay; was there actually any point to having the 2 day detailed assessment in BNM? The uncertainty created is also acutely problematic. It might be said with relative ease that a Bill is disproportionate, but what level of costs should then be allowed instead? If not based on professional norms or work done, opinions on a proportionate level are likely to vary immensely between individual judges, practitioners and clients. Advising clients on costs recovery becomes problematic and an undesirable lottery element is added to the assessment of costs. It is noteworthy that Master Gordon-Saker in BNM applied the factors in CPR 44.3(5) to determine that the remaining costs were disproportionate, but gave no explanation for the level of the further reduction made.

BNM is due to be heard by the Court of Appeal in the early New Year. There seems little doubt that a more regular and rigorous application of proportionality by the judiciary will be encouraged. The real question is whether the dramatic final reduction by Master Gordon-Saker was a valid exercise of a wide discretion, or whether the appellate court will offer tighter guidance that addresses the concerns set out above.