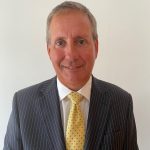 On Friday 19th June 2020 Kevin Beaumont will complete his last working day before his retirement after over 40 years clerking barristers, and 30 years distinguished service as head clerk to Chambers – surely a near unique achievement in the modern age.

Kevin’s career began in 1977 when he joined what was then the Chambers of Gilbert Gray QC at 2 Park Square, Leeds as a junior clerk under the tutelage of their legendary senior clerk, Roy Kemp.

In February 1989 Kevin was appointed the clerk to the northern annex of 2 Harcourt Buildings, then the Chambers of Robin Stewart QC.

Then, in 2011, York Chambers merged with Broad Chare Chambers to form Dere Street Barristers and Kevin was appointed our head clerk.

Over his working life Kevin has made enduring relationships with countless solicitors throughout the North Eastern Circuit and beyond because he is friendly, helpful and reliable, and he puts service first. His integrity and judgement have earned him the trust of court staff and the judiciary.

Under his management and guidance Chambers has gone from strength to strength. The practices of many barristers have flourished under his supervision, including those in a long chain of appointments to Silk and judicial office.

All of the heads of Chambers who have worked with Kevin have appreciated greatly his calm, confident and careful oversight of Chambers business: he is truly a safe pair of hands, a model professional and the epitome of a team player, as is evident from the long and loyal tenure of so many of his staff.

Quite simply, I do not believe there is a better head clerk on this Circuit. He is retiring at the top of his game.

We all wish Kevin a long and happy retirement with Cathy, and on the golf course!