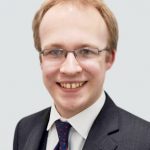 An inquest touching upon the death of a patient who died from sepsis has concluded with the coroner finding that the omissions of an NHS trust “shortened [the patient’s] life and more than minimally contributed to her death”.

The family of the deceased instructed Emma White at SJP Law, who in turn instructed James Reckitt to represent the family at the inquest.  The inquest had been ongoing since April 2021 due to a series of adjournments for further expert medical evidence, in what was described by the coroner as a “truly complicated” case.  The coroner heard detailed evidence from three expert witnesses in the fields of orthopaedics, radiology and microbiology before delivering her findings and conclusion.

The coroner reached a short form conclusion of “natural causes” on the basis that the infection that caused death had arisen naturally, but accepted the family’s invitation to combine this with a narrative conclusion in order to fully reflect the circumstances of the death.