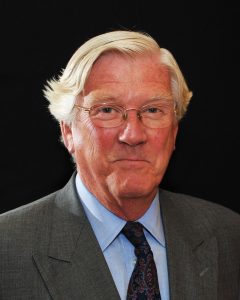 Members of Chambers and staff were saddened to learn that our friend and former colleague Don MacFaul died on 25th October last, he had been ill for some time.

Don enjoyed a long career in the law after graduating from Newcastle University, including as a Crown Prosecutor, member of Durham Chambers, Broad Chare Chambers and then Dere Street Barristers. Seemingly ageless, he surprised us when he retired to Suffolk in 2016.

Convivial and unfussy, courteous and kind, Don was held in high regard and with affection by members of both legal professions and the judiciary; younger members of Chambers appreciated his support and encouragement.

He was a true gentlemen.