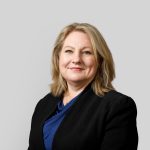 Inherent jurisdiction can be used to detain children in unregistered placements following the Care Planning, Placement and Case Review (England) (Amendment) Regulations 2021 which came into force on 9 September 2021.

On 8 September 2021 MacDonald J considered four cases. The question of law before the court was whether it remains open to the High Court to authorise, under its inherent jurisdiction, the deprivation of liberty of a child under the age of 16 where the placement is unregistered.

The intention of this prohibition is to ensure that looked after children under 16 are placed in children’s homes or foster care instead of unregulated settings but as noted by  Cobb J in Re G (Young Person: Threat to Life: Unavailability of Secure Placement) [2021] EWHC 2066 (Fam), whilst the aim of the new regulations is laudable, it is also the case that the regulations will make the hard task of finding or creating placements for vulnerable children whose needs are such that they require limitations on their liberty harder.

The statutory scheme as amended by the Care Planning, Placement and Case Review (England) (Amendment) Regulations 2021 is directed at regulating the powers of the local authority to place looked after children, as conferred by the Children Act 1989, and not the powers of the High Court under the inherent jurisdiction.

The court is not the object of the mandatory prohibition created by the amended statutory scheme.  In the circumstances, the court is satisfied that the same distinction drawn by the Supreme Court in Re T [2021] UKSC 35, applied:

As recognised by Lady Black in Re T, it would be unthinkable if the High Court could not use its prerogative jurisdiction to protect a child in circumstances where, but for the exercise of that jurisdiction, the child would be left at risk of significant harm or cruel or inhumane treatment or death because it is not possible, by reason of a lack of resources or other compelling consideration of necessity, to comply with the amended statutory scheme

The statutory scheme as amended does not prevent the High Court from exercising its inherent jurisdiction to authorise the deprivation of liberty of a child under the age of 16 where the placement in which the restrictions that are the subject of that authorisation will be applied is a placement that is prohibited by the terms of the amended statutory scheme.

The task of the court when determining whether to exercise its inherent jurisdiction to grant a declaration authorising the deprivation of liberty of a child is to determine:

The central problem of resources remains.  The experience of this court is that the prohibition on placing children under the age of 16 in unregulated accommodation is coming into force in the context of local authorities having no choice but to employ such unregulated provision due to the well-recognised acute lack of appropriate provision.  In BM’s case, on 1 September 2021 the Secure Welfare Coordination Unit (SCWU), which administers secure placements around the country, confirmed that there are no projected beds in the secure welfare estate and fifty live referrals.  As at the date of the hearing, the number of referrals had risen to fifty-four, again in the face of there being no projected beds.

Within the context of the continuing inadequacy of resources highlighted by all tiers of court in this jurisdiction, by multiple agencies concerned with the welfare of children and by the Department of Education’s own research, where the deprivation of the liberty of a child aged under 16 in an unregulated placement is demonstrated to be in that child’s best interests, it remains open to the High Court to deploy its protective inherent jurisdiction to authorise that deprivation of liberty, notwithstanding the statutory scheme as amended.

It remains open to the High Court to authorise under its inherent jurisdiction the deprivation of liberty of a child under the age of 16 where the placement in which the restrictions that are the subject of that authorisation will be applied is prohibited by the terms of the Care Planning, Placement and Case Review (England) Regulations 2010 as amended.

Each case will turn on its own facts. The court must ensure the rigorous application of the terms of the President’s Guidance, which will include the need to:

In cases in which there are subsisting orders authorising the deprivation of liberty of a child under the age of 16 in an unregulated placement. When these cases come up for review or renewal the principles that set out in this judgment must be applied. The President’s Guidance must be applied rigorously in all cases.