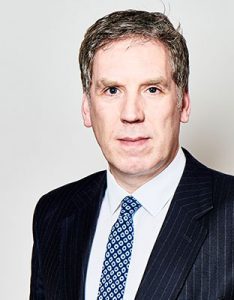 Jonathan Carr was instructed by BC Legal on behalf of the First Defendant to determine what expert evidence a Claimant must serve with his particulars of claim.

The case brought to a head an important procedural issue in noise induced hearing loss cases that had exercised the minds of a number of District Judges and at least one Circuit Judge. There had been a significant number cases where Claimants Solicitors had served particulars of claim with reports from Audiological Measurement and Reporting Plc (“AMR”) signed by Professor Mark Lutman with no other expert evidence. The case was heard before HHJ Gosnell, Designated Civil Judge, with the intention of providing an authoritative determination not only for this case but for future cases.

Applications have been made by Defendants to strike proceedings pursuant to CPR 3.4 (2) (c) out on the basis that the Claimants failed to comply with CPR PD16 Para 4.3 in that it the reports were not that of a medical practitioner and/or were not compliant with CPR 35.

The significant features of the judgment are :

It is possible to comply with paragraph CPR PD16 Para 4.3 by service of an expert report from someone other than a medical practitioner.

The AMR report signed by Professor Lutman was not CPR part 35 compliant.

A conventional expert report from Professor Lutman might fall into this category as he was qualified to act as an expert in assessment of NIHL as he has given evidence before the courts on a number of occasions, but he is not technically a medical practitioner.

It was not accepted that merely because Professor Lutman was not technically a medical practitioner that his report would not be caught by the requirement in paragraph 4.3 and that the Claimant would be free to issue proceedings without serving any expert evidence and merely wait for the court to timetable exchange of expert evidence in due course.

In the circumstances of this particular case (the Judge noted that it would be a harsh application of the rules to strike out this particular case which was chosen as one of the ones to be put before the court just because the interpretation of the rules favoured by the Claimant did not find favour with the Judge) it would not be just or proportionate to strike the case out; instead time was extended for compliance with CPR 16PD Para 4.3.

A copy of the judgment can be found here

A copy of the judgment on costs can be found here