Home / News / Dere Street’s Pupil Deck: Should quantification of consequential loss be assessed on the balance of probabilities or loss of chance?

Dere Street’s Pupil Deck: Should quantification of consequential loss be assessed on the balance of probabilities or loss of chance? 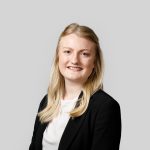 The recent case of Shittu v South London & Maudsley NHS Foundation Trust [2022] EAT 18 has provided the proper approach of a Tribunal to the quantification of consequential loss and evaluates the approach considered in the case of Perry v Raleys Solicitors [ 2019] UKSC 5.

The Claimant was unsuccessful in most of his alleged breaches and allegations, however the Employment Tribunal (ET) held that his employer had not done enough to investigate and resolve his compliant about being subjected to an unlawful deduction from his wages. The ET did find that the claimant’s resignation had been in part in response to the deduction from wages and as such he had been unfairly dismissed. The treatment was also found to amount to discrimination arising from a disability and failure to make reasonable adjustments.

The remedy available to the claimant was an award of basic pay in relation to the constructive unfair dismissal, loss of statutory rights and injury to feelings.

In reaching its decision the ET had referred to the loss of chance assessment in the case of Polkey v A E Dayton Services Limited [1987] IRLS 503 HL, which allows a tribunal to reduce the amount in respect of loss of earnings awarded if it’s considered that the claimant may have been dismissed fairly at a later date had a proper procedure being followed but had not clearly set out on which basis it had reduced the award to 100%. Since this case consideration has been given two when a tribunal have been correct to assess compensation on the basis of loss of a chance, how they have assessed up centage and whether there are circumstances in which a balance of probabilities approach is more appropriate rather than a percentage approach.

The appeal in Shittu tried to address this issue.

The issues were firstly whether the ET had assessed the loss on the balance of probabilities or on the basis of the loss of a chance. If it’s the former the second issue was whether the ET was entitled to take that approach in a claim of constructive dismissal in light of Perry v Raleys Solicitors [ 2019] UKSC 5.

The appeal concluded that the ET had assessed consequential loss based on loss of chance. The words used by the ET ‘when all matters are considered the tribunal is led to the conclusion’, implies that the ET conclusions in paragraphs 86 and 121 concerning discrimination and unfair dismissal were not made on balance of probabilities but on the basis that there was 100% chance that the claimant would have resigned anyway. This implies a test other than the balance of probabilities.

In Perry, it was held that in the assessment of consequential loss there is a clear dividing line between the assessment of what the claimant is likely to have done which is to be undertaken on the balance of probabilities and those actions with a third party is likely to have carried out, to be assessed on the basis of loss of chance. In this instance the ET viewed the resignation within the claimant’s control and therefore it was permissible to reach the decision that he would have done so on the balance of probabilities.

In light of Perry is a tribunal supposed to approach counterfactual losses in a constructive dismissal claim on the balance of probabilities?

The ET when assessing the counterfactual situation consider what might have happened had an employee not being unfairly dismissed by applying a percentage loss approach. Therefore, if the tribunal is satisfied that there was a 100% chance that the employee would have been dismissed anyway on the same date or is able to reach any other conclusions with equal certainty compensation will be reduced accordingly. Similarly, it may conclude that there is no chance that the employment would have ended absent the unfair dismissal and make no percentage deduction. In either scenario it will result in an all or nothing award under that head of damages but have done so by applying a loss of chance analysis.

Perry restates a number of principles concerning assessment of causation in professional negligence claims. The division in Perry between what a claimant must prove of his or her own actions on the balance of probabilities and the analysis of those matters which depends on the actions of third parties in the counterfactual loss can be applicable in professional negligence cases where there’s more often a third party involved and there are clear distinctions between the acts of all parties.

However, the Appeal Tribunal stated that this relationship is not available in employment relationships where either the employer or the employee would usually be responsible for bringing an end to the relationship and neither of these parties are considered a third party. Instead in discrimination cases and unfair dismissals should still fall to be assessed on the basis of loss of chance.