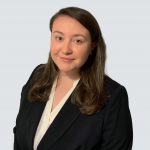 This week’s blog is brought to you by Rebecca Cowell – pupil to Charles McCain.  Rebecca is in the second six of her pupillage, accepting instructions across all disciplines within Chambers. Her profile can be found here

The Supreme Court has unanimously dismissed this appeal concerning the standards to be applied by a court on judicial review of the contents of a policy document or statement of practice issued by a public authority. It is one of two appeals heard by the same panel of five Justices examining similar issues. It should be read together with the Court’s judgment in R (on the application of BF (Eritrea)) v Secretary of State for the Home Department [2021] UKSC 38.

A is a convicted child sex offender. The Secretary of State for the Home Department set up the Child Sex Offender Disclosure Scheme in 2010 in order to co-ordinate the approach of police forces responding to requests for information from members of the public about the sex offending history of a person who deals with children. Set out in the Child Sex Offender Disclosure Scheme Guidance, the guidance had been amended after a previous successful judicial review by A in 2012 to include a new para 5.5.4 to remind police to consider whether any person about whom disclosure might be made should be given the opportunity to make representations about that.

A has now challenged the revised version of the Guidance on the basis that it does not go far enough to explain the circumstances in which a police force, when approached for information regarding a person about whom concerns are raised relating to their contact with children, is obliged in law to seek representations from the person before disclosing any information. The Administrative Court held that the revised Guidance is lawful. A’s appeal to the Court of Appeal was dismissed.

The principal test to be applied when considering whether policies such as the Guidance are lawful is that set out in Gillick v West Norfolk and Wisbech Area Health Authority [1986] AC 112. A policy is unlawful if it sanctions, positively approves or encourages unlawful conduct by those to whom it is directed. In such cases the public authority will have acted unlawfully by undermining the rule of law in a direct and unjustified way. The test calls for a comparison of what the relevant law requires and what a policy says regarding what a person should do.

The Court of Appeal should have applied the Gillick principle rather than a more general test of whether the scheme set out in the Guidance is inherently unfair, derived from the case of R (Tabbakh) v Staffordshire and West Midlands Probation Trust [2014] EWCA Civ 827.

The Gillick principle is appropriate because the intended role of policies in the law is to constitute guidance which a public authority chooses to issue as a matter of discretion to assist in the performance of public duties. Where there is only a discretion, and no obligation, to issue a policy, the Gillick principle sets the relevant standard of lawfulness. Policies serve a useful function in promoting good administration, and a more demanding standard of review would deter public authorities unduly from using them. It is not appropriate to expect public authorities to have to invest large sums on legal advice in order to produce policies which constitute statements of law to the level of detail of a legal textbook. Further, to set such a standard would draw the courts into review of policies to an excessive degree, involving them in having to produce elaborate judgments to deal with hypothetical cases which might arise within the scope of a policy. Courts’ resources should be directed to deciding actual cases rather than academic questions of law.

In the present case, the Court found that the Guidance is lawful when assessed against the Gillick test. It informs police decision-makers to consider whether to seek representations from the subject of a potential disclosure before making such disclosure. This is in accordance with their obligations under Article 8 of the European Convention on Human Rights and the common law duty to act fairly.