Thomas has recently joined chambers after successfully completing pupillage under the tutelage of Jennie Smith and Stephen Fletcher.

Thomas accepts work in all areas of Chambers practice and is particularly keen to develop in the areas of civil and criminal work, with a view to moving into the fields of regulatory and public law.

Before joining Chambers, Thomas worked with various organisations to extend legal access amongst the most disadvantaged in society; providing face to face and written legal advice and support to charities working directly with the homeless and rural poor. This advice covered issues of housing, probate, agricultural tenancies, and domestic violence.

More recently, Thomas worked in a leading criminal defence solicitors’ practice in Sunderland covering a litigator’s caseload. In this role Thomas would frequently attend the Magistrates and Crown Courts in support of instructed counsel, take statements from clients, draft defence statements, instruct counsel, and undertake initial conferences with bail clients. Thomas is keen to develop on the skills learnt here in criminal litigation into his second six months of practice.

During pupillage, Thomas has had extensive experience of a broad range of criminal, civil and family work. As well as shadowing instructed counsel, Thomas has drafted legal submissions, advices, skeleton arguments, and other documents in all areas in support of those members of Chambers he has worked with.

Thomas accepts instructions in all aspects of civil law and has successfully represented claimants and defendants, whilst maintaining an expanding paper practice in tortious and contractual disputes.

Largely under the tutelage of Stephen Fletcher, Thomas has again been exposed to a broad range of civil practice; from local County Courts, to the Land Registry, and High Court in London. This has allowed Thomas to see, and draft advices and court documents in support of, a great range of work; including personal injury, business tenancies, land registration, commercial fraud, and various contractual matters. In all this Thomas has always prided himself on applying the same approach to all matters, whatever the level of complexity or severity; counting a breakdown of the law surrounding dangerous animals for a fast track case as one of his best, if obscure, pieces of legal writing.

Building on his previous experience in criminal litigation, Thomas has been engaged in hearings across the Crown and Magistrates Courts, and routinely accepts instructions to prosecute and defend in both. Thomas has experience dealing with a range of violent, public order, and sexual offences, and has been particularly noted for the quality of his legal arguments, written and oral, in dealing with evidential and procedural issues.

Thomas accepts work in all areas of family law, routinely accepting instructions in both public and private children proceedings. Thomas acts for both parents and local authorities and has been favourably noted for his combination of a ‘no-nonsense’ approach to litigation with high standards of lay and professional client care. Solicitors have noted the significant benefits of such an approach when it comes to settling what seem like intractable disputes.

In the early part of his pupillage, Thomas drafted a number of written advices in TOLATA and ancillary relief matters, along with drafting skeleton arguments and written submissions on various procedural and evidential issues for adoption cases heard in both the High Court and County Courts. More recently, Thomas has been involved in a number of complex matrimonial financial settlement cases; with a particular focus on drafting legal submissions as to the courts’ proper approach to the Covid 19 health crisis.

The Honourable Society of the Middle Temple.

Queen Mother Scholarship awarded by the Middle Temple for both the GDL and BPTC respectively for the most outstanding scholarship applicant; 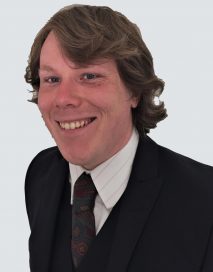