Stephen Twist has been in continuous practice as a barrister since 1979, in London, York and Newcastle upon Tyne. Formerly he undertook high profile fraud cases at the Central Criminal Court, assisted the Parliamentary Information Technology Committee, the Chartered Institute of Internal Auditors, and the National Computing Centre on computer fraud and security.

For the first nine years, Stephen practiced from Mitre Court and Essex Court, Temple, London before his move to York. He has been a member of the North Eastern Circuit since 1988. Until the demise of the publication in 2017 he was listed as one of Britain’s most notable and successful people in Debrett’s ‘People of Today’.

Stephen now divides his time between the family courts, statutory regulation, and working as Arbitrator and Mediator. He was appointed Fellow of the Chartered Institute of Arbitrators in 2000, accredited Commercial Mediator with CEDR, a panel mediator with CIArb., Mediation UK, and is a member of the Dispute Resolution Group at Dere Street Chambers.

He was a guest presenter on ‘ADR Systems for the Public Sector’ at the CEDR National Conference 2000, a former member of CEDR’s public sector working party, and a former disability conciliator with the Disability Conciliation Service. He is a director of ‘Divorce Without Pain’, and a former non-executive director of UNITE Mediation Ltd which was the premiere regional mediation service for the North of England. Stephen is a key practitioner in the restorative justice field, having assisted with the development of mediation schemes throughout Britain.

Although involved in the whole area of dispute management, in industry, commerce, the public and private sectors, Stephen’s main focus is in non-court based dispute resolution. He has been responsible for developing new applications for regional authorities and the Home Office. Stephen has worked with numerous public authorities in the development of ADR for their professional standards, complaints and grievance processes, involving internal and public disputes. He also undertakes workplace mediation, health service conciliation, family conflict management, early neutral evaluation and expert determination.

On a day-to-day basis Stephen deals with a wide range of company, partnership, commercial, employment, inheritance, family and property disputes, including family finance. He records a considerable number of meditations with a 90% settlement rate. Stephen travels countrywide in relation to mediation issues and offers consultancy services in relation to dispute management, international e-mediation (for which he was a founding practitioner) and conflict risk assessment.

Stephen acts for a wide range of domestic and international clients in relation to dispute resolution, and is commonly appointed as an independent neutral in the UK. He is a former member of the European Forum for Restorative Justice.

Stephen has practised in family law throughout his career at the Bar, and this remains a substantial part of his practice. He has represented children charged with homicide of a parent (R v Howells and R v Walton), and those with significant disability (R v Alani: Pinderfields Hospital double murders). He now undertakes family work in public law exclusively for parents, carers, grandparents, and guardians. Whilst regularly appearing in care cases throughout the North of England. Stephen also specialises in family finance cases, negotiation and representation, and managing challenging clients from the professions. He has particular experience in dealing with corporate and partnership assets, trusts, pensions, Wills, inheritance and intestacy.

Stephen has advised on disability and deafness issues since the 1980’s when he undertook training in signing at the City Literary Institute, London, leading to CACDP Part 1 in British Sign Language. He is a former member of the British Deaf Association Board of Management for England and has lectured and presented on issues relating to deafness, and mental health. His broadcasts include BBC ‘See hear’, ITV ‘Listening Eye’ and deafness documentaries for Channel 4. In April 2001 he worked with Craig Flynn for ‘Deaf Relay’ at Lancashire College. He is interested to protect and facilitate access for deaf people to human rights and public services. He was keynote speaker at the national conference for the British Society for Mental Health and Deafness in June 2001 in Glasgow dealing with access to justice, and has assisted with the training of relay interpreters. Stephen has represented many deaf clients on a wide range of topics and is one of the few hearing legal professionals to have worked in this field for over two decades. He has undertaken training in listening therapy and was a national conciliator with the Disability Conciliation Service under the DRC from 2004 to 2006. He currently assists disadvantaged minorities to access opportunities to practice in the legal professions.

Stephen started his working life as a police officer in London. Since leaving the Metropolitan Police Service in 1978, Stephen has maintained a close professional network with police services and police officers throughout the country. He has acted as legal adviser to Cleveland, North Yorkshire, Northumberland, Cumbria and Derbyshire, Avon & Somerset and the Metropolitan Police on professional conduct issues, administrative law matters, licensing (liquor and firearms) and a range of other topics such as data protection, human rights and ADR. He has had involvement in some of the most serious, sensitive and challenging police misconduct cases in the North of England, including Operation Eagle, Operation Pool and North Yorkshire police corruption cases. He was appointed independent legal adviser to police misconduct panels and was the author of ‘A Guide to Panels under the Police (Conduct) Regulations’ published in March 2004 by the Police Foundation. His other publications include the Home Office presentation paper ‘ADR Management and Resolution of Complaints in relation to Police Misconduct’ 1999. In 2004 he acted as a presenter to the strategic command course at the Scottish Police College, Tulliallan Castle, Fife.

Having pioneered public access to the Bar by incepting and piloting the first two schemes under ‘Bar Direct’ scheme in 1999, Stephen assisted the Bar Council’s Public Access Committee and presented at the Bar Annual Conference on direct access. He was one of the first barristers to complete formal public access training. He has considerable experience of dealing with corporate, institutional and commercial clients direct. He was a founding member of Public Access Bar Association.

Council for the Advancement of Communication with Deaf People, certified communicator (1985)

Fellow and Panelist of the Chartered Institute of Arbitrators (2000-2019) 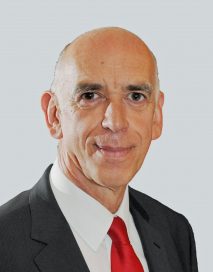