Stephen was pupil to the late Robert Terry in 2003. He received an excellent grounding in Criminal, Family and Civil litigation. This led Stephen to prosecute and defend serious criminal cases and became a grade 3 CPS panel approved advocate.

Stephen has exclusively practised in Family Law Act and Children Act applications for a number of years. He has become a highly respected family Barrister, who represents the Local Authority, Respondent parents and children’s Guardian’s in equal measures, as well as acting for the Official Solicitor.

Stephen is considered to be a diligent and thorough Barrister. He is instructed to appear in the family courts on a daily basis. It is important to him that those in need of representation have their case considered thoroughly and properly. Stephen is happy to discuss cases and hold conferences in order to provide the best representation possible. 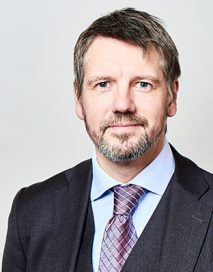