She is currently not practising, but sits as a fee paid employment judge in Leeds. She has represented claimants and respondents in a wide variety of cases in all areas of employment and discrimination at tribunal and EAT level. She was a tenant at 9 St John Street Chambers, Manchester until 2001, and from 2001 to 2005 combined practise at York chambers with lecturing in employment law at Northumbria University.

From 2005-2010 she worked in a solicitor’s role as a principal legal officer at the Equal Opportunities Commission (EOC) and as a senior enforcement lawyer at the Equality and Human Rights Commission (EHRC). At both Commissions she advised on or conducted a number of notable cases, including the EOC’s judicial review of the implementation of the Equal Treatment Amendment Directive which resulted in significant amendments to the Sex Discrimination Act 1975. She conducted the only proceedings taken by the EOC under s.71 SDA (application for an injunction in cases of persistent discrimination) (settled).

She also worked on the EOC and EHRC’s suspended formal investigations into sexual harassment in the armed forces and the prison service and assisted with writing and editing the EOC’s legal adviser’s website.

While employed at the EOC/EHRC Sophie advised on or conducted a number of notable cases including: : 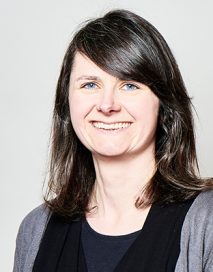