He qualified as a solicitor in 1985 and until January 2017 was head of the community care and public law team at Ben Hoare Bell Solicitors in Newcastle and Sunderland.

In 2017 Simon decided to convert to the bar to allow him to concentrate further on his specialist areas.

As a solicitor Simon had many years’ experience of representing ‘P’ (the person lacking capacity) on the instructions of the Official Solicitor, or family members of P in Court of Protection proceedings before District, Circuit and High Court Judges.

He has been involved in many significant Court of Protection cases including reported cases such as:

During his career practicing public law and community care work Simon has been involved in several judicial review cases, including:

Since Simon’s appointment in 2011 to the Social Entitlement Chamber he has regularly sat as a part-time Tribunal Judge adjudicating, with colleagues, on disability benefit appeals.

He is a contributing author of the sixth edition of Luke Clements ‘Community Care and the Law’ (April 2017).

For many years Simon was an independent peer reviewer appointed to assess the quality of legally aided community care casework carried out by solicitors’ firms.

He is joint author of the quarterly Community Care law update of the LAG (Legal Action Group) magazine. 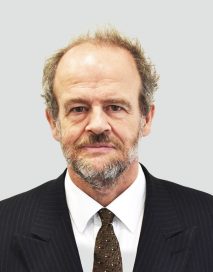