He regularly acts on behalf of Local Authority and Government Agencies. He is also highly experienced in Court Martial cases.

Advocacy experience has been gained in the Crown Court, Divisional Court and Court of Appeal. Rod has always been based in the North of England both in industry and at the bar.

In 2017, he defended Kenneth Hugill, an 83 year old farmer charged with GBH after he shot a convicted burglar that he thought was stealing diesel from his isolated farm.  Mr Hugill was acquitted, the jury taking only 24 minutes to return their not guilty verdict.  Media coverage can be found here.

He also represented Michael Dunn, Teesside Crown Court, convicted and sentenced to 27 years imprisonment for serious sexual offences against young girls and concealing a 14 year old victim in a space behind his fridge, camouflaged with a false wall was guarded by German Shepherd dogs. Media coverage of the matter can be found here.

Rod represented an aristocrat, who caused a three-car crash on a busy road has been cleared of dangerous driving. Lady Susan Zetland, 77, of Aske Hall, near Richmond, North Yorkshire, tried to cross the A66 at the Hargill junction on 4 July.  She had admitted careless driving, but denied being dangerous and was cleared of the offence by a jury at Teesside Crown Court.  Media coverage of the matter can he found here

In the matter of R -v- Michael Gilbert – under cross-examination from Rod, an instructor for Arriva said having a bus in “drive” instead of neutral at a stand would not be a fail on a test for a public service vehicle licence resulted in the Crown offering no evidence on charges of causing death by dangerous driving and causing serious injury by dangerous driving.  The defendant entered pleas to the lesser charges of causing death by careless driving and careless driving.  Media coverage of the proceedings can be found here

R -v- Ashleigh Naylor – The Defendant, a prison nurse, represented by Rod, avoided an immediate custodial sentence having admitted to being in a relationship with an inmate.  Media coverage of the matter can be found here

R -v- Sam Houlihan – The Defendant was shot by armed police officers after refusing requests to put down what emerged was an imitation air pistol, while sitting in a taxi boxed in by police vehicles.  Media coverage of the matter can be found here

R -v- Joan Johnson – The 60 year old Defendant was charged with attempted Murder having stabbed her husband after a row.  She denied that charge and pleaded to a lessor charge of wounding with intent to cause grievous bodily harm and was sentence to 8 years imprisonment. Media coverage of the matter can be found here 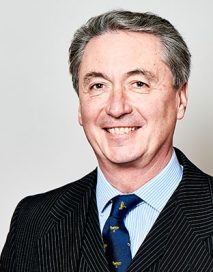