Robin Denny enjoys a formidable reputation as a defence advocate. He has been successfully defending those accused of serious crime for many years.

He has vast experience of the full gamut of criminal offences:

He enjoys working against the odds, and for the underdog. He has an impressive record of securing acquittals.

Robin has appeared in what is now the Administrative Court,  for example in Middlesborough Council v Safeer [2002] 1 Cr App R 23

He has also appeared in the House of Lords 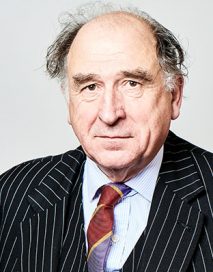