The defence case that the broker was not a knowing participant was accepted by the jury. Detailed cross-examination of the Crown expert on a large number of conveyancing files assisted the defendant’s case.

The jury accepted his case that he was neither a principal or secondary party to murder, and he was acquitted of all charges. He had assisted the police with their inquiries at all stages. The forensic evidence of the blood staining was in fact consistent with that which any bystander at the scene may have been expected to have received, according to the prosecution forensic expert, in cross-examination.

Dogged pursuit of disclosure requests, combined with a written submission of “No Case” at the end of the prosecution evidence lead to no evidence being offered at that late stage, against Mr Newcombe’s client.

In 2015 Mr Newcombe represented a Bishop (of previous good character) who was convicted of rapes which occurred many years ago (two week trial, at Inner London Crown Court before HHJ Madge). Four other females also made allegations of indecent and sexual assault, of which he was also convicted. The defendant received a sentence of 25 years imprisonment. In sentencing, the learned judge agreed that a determinate sentence was appropriate notwithstanding that he had made a finding that the defendant was a “Dangerous Offender”.

This was due to the defendant’s age (66) and the length of the determinate sentence to be passed. The learned judge referred the case to the Hon. Lowell Goddard’s Independent Inquiry into Child Sexual Abuse, for consideration, given his concerns regarding the previous investigation by the Local Authority where some of the females lived and concerns relating to regulation of Churches.

Robert Newcombe has wide experience in financial crime cases, as well as in multi-million pound cyber frauds – Conspiracy to Defraud and Money Laundering. He acts as leading junior counsel or as junior alone in these fraud trials. He has lectured on cyber fraud to solicitors and barristers for CPD: for example with a former Head of Operations of the  British Army’s Cyber Warfare branch, as part of the Church Court Chambers lecture series: “Cyber Fraud and Cyber Security: Trojan Botnets, Web-Injects and Mules – Law and Practical Case Management”.

Robert Newcombe has a breadth and depth of criminal law experience and is often engaged by clients (often of good character and high standing in the community) specifically because of his ability to master technically complex facts and legal areas.

A recent case involved a CHIS (Covert Human Intelligence Source). The abuse of process hearing relating to prosecution disclosure lasted for four weeks. RIPA Authorizations; Search Warrants; Open Justice; potential Waiver of Privilege by the Crown and the Burden and Standard of Proof were issues on which Robert submitted written documents, and made submissions.

Robert has acted as trial counsel in over a dozen homicide cases at the Central Criminal Court and elsewhere. In a Newton Hearing in 2016 at the Central Criminal Court involving 2 days of evidence, acting as junior alone, Robert succeeded in persuading the learned judge that the killing had not been done for financial gain as the Crown alleged – which reduced the Life sentence by 20 years. In other murder cases Robert has been instructed as junior counsel to QCs, and has conducted attempted murder trials as junior counsel alone.

He acted as leading junior counsel in a nine handed conspiracy to defraud for two months at Southwark Crown Court, where the client was first on the indictment. Issues involved the scope of the conspiracy and guilty pleas of two co-defendants, and whether their bases of plea were admissible.

Robert Newcombe also led another barrister in chambers, Oliver Grimwood, in a successful two month money laundering trial where video-links to witnesses in Jamaica were set up.

Mr Newcombe has acted as junior alone, representing clients for attempted murder and is very familiar with firearms and their legitimate and illegal uses. Antique hammer guns or concealed key-ring guns or fully automatic machine pistols – Robert has a wide array of experience with their deployment. He has lectured to barristers and solicitors on this technical area.

In addition to his Environmental Law expertise, Robert Newcombe also is instructed to defend and prosecute in Planning Enforcement cases under the provisions of section 179 et sec of the Town and Country Planning Acts. These have included Appeals to the Inspector and Statutory Appeals to the High Court and injunctions, as well as jury trials.

His Regulatory work also includes cases prosecuted by the Health & Safety Executive. In 2014 he represented a business owner at Southwark Crown Court who was tried for breaches of the Work at Height Regulations, which resulted in the fatality of an employee.

Robert Newcombe has a real flair for dealing with contentious expert evidence, whether it be financial, FCA related evidence; or medical evidence including brain injuries; or blood spatter, glass shards, ballistics and DNA evidence; or surveyors’ reports regarding baselines on land levels; or cell site and telecoms evidence; or engineering or waste management industry expert evidence.

R v S: Inner London Crown Court (2008) – leading counsel, where defendant was convicted of being in possession of a Skorpion sub-machine pistol, key-ring gun and handgun, and more than a kilo of heroin, with intent to supply. Defendant granted bail between conviction and sentence.

R v A: Central Criminal Court (2015) – defendant acquitted of Murder after being present at the scene of a fatal stabbing, led by Kerim Fuad QC.

R v N: Central Criminal Court (2007) – defendant acquitted of Murder after a man was bludgeoned to death on the back seat of the car he was driving, led by Tim Barnes QC.

R v C: Central Criminal Court (2016) – Murder. Newton Hearing against QC. 2 days of evidence to determine whether Crown could prove whether killing was for financial gain. Finding in favour of defendant which meant Life sentence was some 20 years lower than might otherwise have been the case. Aggravating factors were concealment of body.

R v P: Central Criminal Court (2009)– defendant acquitted of Attempted Murder after injured party was shot in the head with a .22 shot cartridge fired from a pre-1880 hammer pistol. Both defendants were successful with their defence of accident.

R v A: Canterbury Crown Court (2010)– defendant was acquitted of Conspiracy to Supply Class A drugs. 25kg of drugs in the boot of his car as he entered the UK from a ferry. The two co-accused in the vehicle when it was stopped by Customs were convicted.

R v C: Croydon Crown Court (2011) – Operation Lath: investigation commenced by FBI in USA and involved a conspiracy to defraud UK banks of tens of millions of pounds. The Zeus Trojan virus had been utilised by a sophisticated criminal syndicate to assist in withdrawing funds from internet accessible bank accounts.

Both of the above cases involved the use of Trojan botnets (to acquire compromised sensitive data), web-injects (to phish) and money laundering mules (to cash-out from drop accounts).

R v K: Teesside Crown Court (2014)- defendant deputy manager of nursing home convicted of similar fact ill-treatment of multiple residents under s. 44 Mental Capacity Act. Expert opinion taken from one of the country’s leading professor’s of psychology to establish whether a base-line existed beyond which the nominal complainants lacked capacity.

R v Y: Newcastle Crown Court (2014)– defendant convicted of Sexual Activity with a Person with a Mental Disorder Impeding Choice, where 27 year old complainant had a mental age of 4-5.

Robert Newcombe has been involved with many cases where lack of mental capacity has been in issue. He also has considerable experience in handling cross-examination of vulnerable witnesses. He has also acted for many vulnerable defendants.

Environment Agency v J: Newcastle Crown Court (2013)- defendant acquitted after 9 week trial of Permitting the Deposit of Controlled Waste, offence under s. 33 Environmental Protection Act. Defence consisted of suitability of deposited material and the de minimis principle and statutory defence. Challenge to the policy of permitting trespass by EA officers even though no Police Act 1997 authorisation is possible.

Environment Agency v A: Redbridge Magistrates’ Court (2015)- defendant pleaded guilty very early in proceedings to numerous charges contrary to the Transfrontier Shipment of Waste Regulations and was sentenced to a non-custodial sentence.

Environment Agency v V: Guildford Crown Court (2007)- defendant sentenced to a non-custodial sentence after permitting the deposit of hundreds of tons of controlled waste at a swan sanctuary.

Health & Safety Executive v H: Southwark Crown Court (2015)- defendant convicted of breaches of the Work at Height Regulations, resulting in a fatal fall from scaffolding, after failing to attend for his trial (whilst serving a life sentence for murder).

High Court (Chancery Division) Fraud: Lancashire Mortgage Corporation v Ikoku and Onabrakpeya – the signatory to a false mortgage application was advised to submit to questions on his affidavit of means. He was then not charged with any offence.

B v BBC – Article 2 Right to Life (2009) Application for emergency injunction (on behalf of alleged murderer while awaiting trial) to prevent footage of murder victim being broadcast. BBC submitted that the Human Rights Act did not apply to its broadcast function, but this was rejected by Collins J: it was arguable that it did for the purposes of the application.

Statutory appeals to High Court and injunctions specifically in relation to the Town & Country Planning Acts.

Robert Newcombe has achieved definite results acting for families of the bereaved at Inquests and has not listed them here. Further details are available from the Clerks.

Cyber fraud and Cyber Security: Trojan Botnets, Web Injects and Mules (at the University of Northumbria’s Centre for Evidence and Criminal Justice Studies) and as part of the Church Court Chambers’ CPD Lecture series. 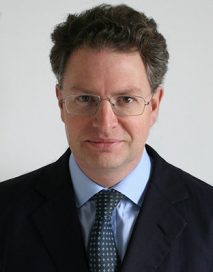