Rebecca became a tenant having completed a successful common law pupillage under the supervision of Harvey Murray. She welcomes instructions in all areas of Chambers’ practice, but particularly in family and civil matters.

Before embarking upon her legal education, Rebecca undertook several internships in law offices in Texas, U.S.A, working on death penalty appeals. Since then, she has committed herself to providing people with the best standard of representation that she can.

She worked for several years in criminal and prison law, starting as barrister’s assistant and working in-house for a national firm of criminal defence solicitors, before developing her own practice as an independent criminal appeals and prison law consultant. Through this, she gained a wealth of experience in prison law, judicial review, miscarriages of justice and criminal appeals. As a prison law advocate, she represented prisoners (including both life-sentenced prisoners and determinate sentence prisoners) before the Parole Board of England and Wales and those charged with breaches of the Prison Rules 1999.

Following this, she worked in a secure hospital, supporting vulnerable adults with violent and challenging behaviour, learning disabilities and psychiatric issues.

Before starting pupillage, she worked as a solicitor’s agent in the county courts across England. She represented both claimants and defendants in a variety of hearings, including small claims (road traffic accidents and credit hire), application hearings and infant settlement approval hearings.

Rebecca prides herself in thorough case preparation and giving advice in a kind and compassionate manner. In her spare time, she enjoys playing the piano, painting and writing poetry.

The Honourable Society of the Inner Temple 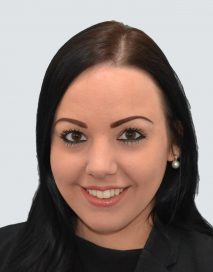