"A formidable and impressive court advocate. He is excellent with clients and very approachable.’’ - The legal 500 2022
"Recommended for serious drug-related cases." - The Legal 500 2021
"He is a formidable opponent and is as wily as a fox." "He communicates well and is very persuasive." - Chambers and Partners UK Bar 2021

Peter has practised exclusively in Criminal law since 1994 and has extensive experience of defending and prosecuting in all areas of serious crime. He is on the CPS Specialist Fraud Advocate Panel. Prior to taking Silk in early 2016, Peter frequently acted as leading Junior in multi counsel cases.  He continues to receive instruction as leading Counsel and Silk alone in the most serious of matters including multi defendant murders, sexual offence, fraud and large scale, complex drug conspiracies.

Areas of special experience include homicide and other serious violence, fraud, serious and large-scale drug conspiracies, sexual offences, the importation and distribution of medicines, and a growing expertise in computer-related law culminated in the first prosecution for fraud of a peer to peer, bit torrent music file sharing site.

Throughout his practice, Peter has developed a particular reputation in cases requiring sensitivity of approach either through the nature of the offence or the vulnerability of witnesses, victims or the accused. He is acknowledged to have an exhaustive approach to case preparation and manages his diary to ensure serious cases are afforded the proper case management they require.

Peter also accepts private instructions in the field of licensing and regulatory offences.

R v KTD (Defence) (2016): Murder: The accused was one of seven 16-18 year old boys charged with Murder after an unproved attack on the victim and his friend. The case revolved around the issue of joint enterprise and interpretation of the considerations in R v Jogee

R v K (Defence) (2016): Rape:  Defendant acquitted at re-trial following a successful appeal by the Crown consequent upon admission of hearsay evidence following the death of the complainant pre trial.

R v D : (Court of Appeal) successful appeal against conviction following a trial for Attempted Murder; after it the accused allegedly drove the victim down and then used a samurai sword to sever the leg

“A formidable and impressive court advocate. He is excellent with clients and very approachable. ’’

“He is a formidable opponent and is as wily as a fox.” “He communicates well and is very persuasive.”

“He has a very good manner and is fantastic with clients.”

“Highly recommended for a broad range of complex criminal matters.”

“No job is too big or too small for Mr Makepeace.” “A real master with juries.”

“He is an absolutely excellent new silk who has more than proved himself.”

Chambers and Partners  UK Bar 2017
“He is a wonderful silk who is rated highly by the market.”

“His attention to detail is first class, and his advocacy is persuasive and powerful”

“He takes time out to prepare; he works very thoroughly and is an engaging barrister who gets on with people.” 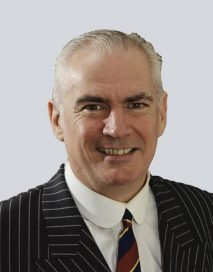