Penny is a criminal practitioner with vast experience of defending a wide range of criminal allegations. She qualified as a solicitor is 2009 practising regularly in the Police Station, Magistrates Court and Crown Court. Since transferring to the Bar, Penny has defended a wide range of criminal cases including drug conspiracy, firearms, violence, dishonesty, and serious sexual allegations. Penny is known for her preparation and client care. She was called to the Bar in 2017 and continues to practise exclusively in crime.

Penny is interested in all criminal cases.  She accepts instructions from the Local Authority and is on the Crown Prosecution Advocates Panel at level 2.

Penny also accepts instructions from soldiers facing allegations before the Military Court. She has previously defended at Catterick Court Martial, most notably securing an acquittal for a highly ranked soldier following a 5 day Trial.

Regina v Burnett (Newcastle Crown Court) – instructed solicitor – represented 87 year old male charged with historic sexual offences dating back to the 1970s when he was a teacher in an approved school. 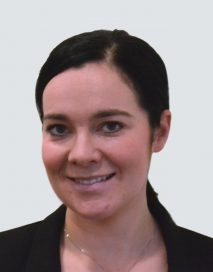