Oliver joined chambers in October 2020, having completed a common law pupillage under the supervision of Karen Lennon.

Before commencing pupillage, Oliver gained wide ranging experience across a number of areas of the law. In the year immediately preceding pupillage, Oliver worked as a paralegal for the Infected Blood Inquiry, the largest public inquiry in the UK to date. He also acted as an Independent Mental Capacity Advocate representing the interests of mentally incapacitated adults before best interest panels. He has represented excluded pupils with special educational needs before governor discipline committees, independent review panels and in the SEND tribunal. Oliver gained extensive advocacy and advisory experience whilst managing his own employment law business, offering trade union representation to employees in grievance and disciplinary hearings. He has represented a number of employees pro bono in the employment tribunal via the Free Representation Unit, appearing against experienced Counsel. Oliver was a quarter finalist in Middle Temple’s Rosamund Smith Mooting Competition.

During pupillage, Oliver has continued to maintain a broad focus. He has experience of prosecuting and defending in the magistrates courts.

In family law Oliver has obtained experience of the entire gamut of family disputes: he has represented parents and local authorities in a number of multi day contested hearings and has acted for divorcing couples in financial dispute resolution and final hearings Oliver particularly welcomes instructions in family finance matters and has a special interest in TOLATA disputes: whilst at Durham, Oliver completed what was described by the examiner as a “stellar piece of original research” on the common intention constructive trust.

Oliver has acted for the alleged perpetrator in a multi-injury case on a number of occasions. 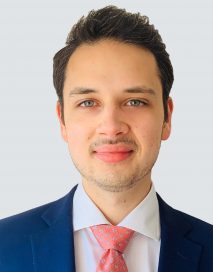