Mark has been a member of chambers for 24 years and a practitioner on the North Eastern Circuit for over 30 years. He has developed a wide ranging criminal practice.

He travels widely on and off circuit and deals consistently with a heavy caseload of good quality criminal work. Mark has been involved in regulatory work for many years acting in complex prosecution work varying widely from CITES cases and other wildlife related criminal offending, to health and safety at work legislation including trading standards. 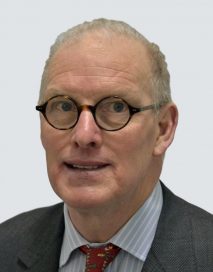