Lorraine is instructed by the defence in all manner of crime including murder, attempted murder, non-fatal violence, drugs, fraud, theft, rape and other serious sexual offences (including those often described as historic). She is well experienced at dealing with vulnerable defendants and witnesses of all ages.

She is meticulous in her preparation and has a calming manner with clients. When required Lorraine is fierce in court.

Lorraine Mustard was instructed in the defence of a man accused of serious sexual offences against three teenagers after supplying drugs, offering both payment and the opportunity to secure work within the pornography industry.

Lorraine Mustard was instructed in the defence of a man subsequently convicted after trial of serious sexual offending against three of his nieces.

Lorraine Mustard was instructed to represent a man subsequently convicted after trial of sexual offending against two of his grandchildren, having entered a plea of guilty to sexually assaulting a further grandchild.

Lorraine successfully represented a man whom faced an eight count indictment. He entered pleas of guilty to two matters of sexual activity with a child family member whilst denying counts of rape and a single matter of doing an act tending to pervert the course of justice. After cross-examination of the complainant the Crown offered no further evidence, the defendant was acquitted of the remaining six counts.

Lorraine was instructed in the ‘Alnwick love triangle’ case in the defence of a man charged with the attempted murder of his partner, wounding with intent of her partner on the same occasion possession of a bladed article. Press coverage can be found here and here 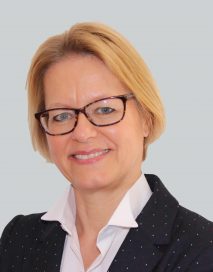