Liam is an experienced criminal practitioner regularly instructed to prosecute and defend in cases involving criminal allegations of the most serious nature.

R v Dodds (Newcastle) –Murder. A media eport of the case can be found here.

Operations Steinmetz, Bingo, Bandit and Indiana – Sole prosecution counsel in series of interlinked cases involving ten defendants responsible for stealing tens of thousands of pounds from gambling machines throughout the North over a forty-month period. A  media report of the case can be found here.

R v Rashid and Others (Teesside) – Secured the conviction following a two-and-a-half-week trial of an experienced conveyancing solicitor who, alongside her husband, was accused of committing offences of fraud by false representation and perverting the course of justice.

R v Belford and Others (Newcastle) – Instructed by the CPS International Justice and Organised Crime Division to prosecute four defendants facing allegations concerning drugs and the transportation, concealment and recovery of a double-barrelled shotgun arising from an extensive undercover surveillance operation. All four defendants were convicted after trial. A media report of the case can be found here.

R v Saunders – Secured the conviction after trial of a man ultimately sentenced to nine years’ imprisonment with a five-year extended licence period for biting off the chin of another male in a Bigg Market nightclub. The case revolved around facial mapping evidence which was adduced following lengthy legal argument.

R v Smallman (Teesside) – Lone Prosecution Counsel in complex fraud involving thirty-one complainants. Defendant convicted after a four-week trial and made the subject of a Serious Crime Prevention Order.  A media report of the case can be found here.

R v O (Durham) – Secured the acquittal after trial of an 80-year-old male with no previous convictions facing historic allegations of rape and indecent assault.

R v A (Leeds) – Instructed on behalf of violent recidivist accused of unlawful wounding with intent after attacking a man in his home with a knife. Defendant acquitted after trial.

R v Harkness & Richardson (Newcastle-upon-Tyne) – Prosecution Counsel in case arising from a well-planned armed robbery of a busy hair salon. Both defendants convicted, one after trial. Conviction and sentences of 9 and 10 years’ imprisonment upheld by the Court of Appeal.

R v W (Teesside) – Instructed on behalf of sex worker accused of robbing complainant she alleged was actually an unsatisfied former customer.  A media report of the case can be found here.

R v Gosley-Shaw (York) – Instructed to prosecute defendant accused of stealing her 89-year-old grandmother’s life savings. Secured conviction of defendant after trial.  A media report of the case can be found here. 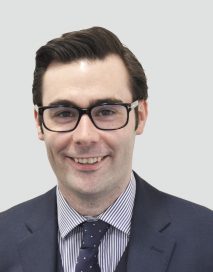