Laurie joined Dere Street in 2012 and brings with her a wealth of experience in the legal field gained in a variety of different roles, making Laurie the accomplished and experienced lawyer and advocate she is today.

Laurie completed pupillage with the Crown Prosecution Service in 2008. For large portions of her time with the CPS Laurie appeared in Magistrates courts on a daily basis conducting back to back trials and gaining a wealth of trial advocacy experience. She also undertook extensive in-house training in amongst other things, disclosure, drafting indictments and witness handling. She developed an expertise in youth justice and cases involving young witnesses, and domestic violence.

Since leaving the CPS in 2012 Laurie has in a short space of time developed a busy Crown Court practice. She prosecutes and defends a range of serious offences in the Crown Court. Laurie is regarded for her pro-active approach to case management and the relationships which she forges with instructing solicitors, CPS reviewing lawyers and the police. She is diligent and reliable in providing the written advice and applications which accompany her court appearances.

Laurie’s ability and regard is demonstrated not least by the fact that whilst not yet a member of the RASSO panel Laurie has been entrusted to prosecute a number of cases in the youth court involving young persons charged with serious sexual offences (see below).

Having previously worked for the Crown Prosecution Service Laurie brings her experience and training on the Code for Crown Prosecutors into her regulatory work, providing thorough and balanced advice on the merits of undertaking regulatory prosecutions.

Laurie was also previously employed by a large North East local authority, working closely with their health and safety team to investigate accidents at work, ensure compliance with reporting obligations, and prevent re-occurrence, giving her a particular interest in this area.

Laurie also accepts instructions in all matters relating to housing.

Laurie has been certified by the Bar Council to provide Direct Access work and is delighted to receive enquiries for any type of legal advice, drafting or representation directly from members of the public via our clerks.

Laurie appeared before the Court of Appeal and successfully appealed a sentence on behalf of her lay client in a case of possession with intent to supply controlled drugs which was considered to be manifestly excessive. The Court of Appeal before leaving the case commended Laurie on her Advice on Appeal which they stated was ‘a model of how those documents should be drafted’

Laurie prosecuted two Defendants charged with the theft and handling of jewellery stolen by a healthcare worker from patients at Scarborough Hospital. The female healthcare worker who stole the items despite being of previous good character received an immediate custodial sentence and the case attracted considerable local press interest.

Laurie was instructed to prosecute a youth Defendant (aged seventeen) charged with a number of allegations of penetrative sexual activity with his two younger step brothers (aged four and five). The Defendant was convicted of all charges.

Laurie was instructed to prosecute a youth Defendant (aged seventeen) charged with allegations of sexual assault by penetration against two young females aged twelve and thirteen. The Defendant was convicted of all charges. 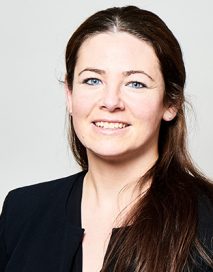