Lauren became a tenant having successfully completed a common law pupillage under the supervision of Elizabeth Lugg. She welcomes instructions in all areas of Chamber’s practice.

In the year preceding her pupillage, Lauren worked as a County Court Advocate appearing in front of the District Bench in relation to a range of private civil matters. She acted on behalf of Claimants and Defendants in Small Claims, as well as children in Infant Approval hearings.

Lauren has a keen interest in Family Law. She was formerly a member of family team at Northumbria University Student Law Office, a legal clinic offering pro-bono advice and representation. During her Second Six, she represented the Local Authority and parents in Care proceedings, including multi-day final hearings. She also gained experience in private law disputes from first appointments to final hearings, including matters involving internal relocation and change of residence.

Lauren often appears in the Crown Court, and has experience both prosecuting and Defending in the Magistrates Court.

Recognised for her personable character, Lauren can establish a rapport with clients with ease. She adopts a pragmatic approach to all cases, and has an eye for detail.

In her spare time, Lauren can be found hiking in Scotland’s West Coast.

Honourable Society of the Inner Temple 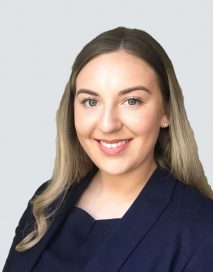