Katie joins Dere Street following a successful eighteen months working as an inhouse barrister (and pupil) at one of the largest criminal firms in London. Katie is a criminal practitioner and accepts instructions in the youth, magistrates and Crown Court.

Katie has been instructed as trial counsel on a variety of matters including public order, offences against the person, possession of offensive weapons, drugs matter, dishonesty offences and driving matters.

Katie’s delivery of oral arguments and presence in court has been commended by the judiciary both during trial and during complex sentencing hearings.

Prior to coming to be bar Katie worked as a criminal appeals paralegal dealing with out of time criminal appeals against both conviction and sentence and assisting with the preparation cases to go before the single Judge/ CCRC.

The honourable society of Middle Temple

Katie is a keen netballer player, coach and umpire. In the summer months, Katie can be found surfing and open water swimming. 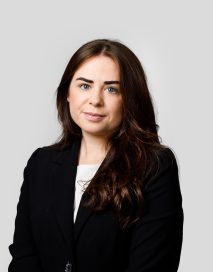