‘Straight-talking, extremely thorough and passionate about the case she's advancing. You know exactly where you are with her. If you need a tough cookie, they don't come much tougher than her. - The Legal 500 2021

Chambers and Partners UK Bar 2021 states "She is always well prepared and makes sure she will argue her client's case." "She's a robust advocate." in 2020: “she fights her corner and is a very strong advocate … She is fearless”. And in 2019 it described her as “a real tough cookie” and “fully committed and always looking for a unique point”.

Karen Lennon is a tenacious, respected and in-demand specialist family advocate with a wide range of experience encompassing private and public law.

Her practice takes in all aspects of family law, including Trusts of Land, Schedule 1 applications, and Care and Children Act cases.   She has represented Local Authorities, parents and family members, and children (both through their Guardian and directly) in complex, high-profile and multifaceted cases.  These include cases with complicated medical and mental health issues, serious and multiple non-accidental injuries, child death, sexual abuse, poisoning, fabricated illness, neglect, international relocation and placement and human rights issues.

No matter the difficultly of the case, Karen’s first priority is always ensuring the best outcome for her clients and she goes to great lengths to ensure that they are accurately informed, sensibly advised, and always heard by the court.  Clients consistently praise her approachability and no-nonsense explanations of the legal process.

With 15 years of experience in family law Karen is a practitioner of significant standing who is highly regarded by her colleagues and the judiciary for her understanding of law and practice, her thorough and analytical consideration of complex and difficult cases, and her dynamic and determined approach.

In the financial arena she is a gifted advocate who is comfortable with cases involving multiple assets, complex business accounts, or limited and unlimited companies and partnerships.  Karen is regularly sought after to advocate in cases involving high value assets, exceeding six figures.

Her professional approach, sensible and considered advice, and dedication to her cases keep her in high demand throughout the North East Circuit.

Karen was appointed as a deputy district judge in 2019 and sits in civil, family finance, and children matters.

“She is always well prepared and makes sure she will argue her client’s case.” “She’s a robust advocate.”

‘Straight-talking, extremely thorough and passionate about the case she’s advancing. You know exactly where you are with her. If you need a tough cookie, they don’t come much tougher than her.

“If you have a case where you want every point to be fought, she fights her corner and is a very strong advocate.”

“She’s fully committed and always looking out for a unique point to get across.”

“Tough and tenacious – a real street-fighter, particularly in children cases. She relates extremely well to clients, who like her straight talking.”

“She is the one if you need someone to fight for clients.”

“A real battler who makes clients feel she’s on their side, and never lets them get steamrollered into something they’re not comfortable with.”

“She will fight a client’s corner to the death. You know she will give her all in getting a good outcome.” 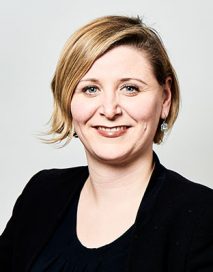