Jonathan Walker-Kane is a Family Law practitioner who specialises in matrimonial finance, TOLATA claims arising out of cohabiting relationships, and claims brought under the Inheritance (Provision for Family and Dependants) Act 1975.

He is a popular barrister who attracts a following of solicitors nationwide, and he is a regular speaker at family law events organised by Jordans, the Family Law Bar Association, The Solicitor’s Group and at Cambridge University.

His pedigree extends to cases of considerable complexity, some of which are reported. He appeared in the case of Cordle v Cordle at first instance and up to the Court of Appeal, where the key issue was the division of the proceeds of sale of a former matrimonial home in a volatile market and the court’s discretion when hearing an appeal. He also appeared in Frear v Frear, an Inheritance Act case on appeal. Jonathan is an experienced barrister known for his distinctive court style and sensitive manner with clients.

Feedback from Jonathan’s Jordans talks include;

Judgment of Cobb J in a financial remedy appeal in which he set aside an interim order for sale of the former matrimonial home which had relied on FPR r.20.2(1)(c)(v) .

It was argued on her behalf that – 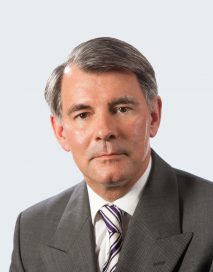