Jane has a wealth of experience in all areas of Criminal Law, providing a high level of client care, from initial instruction in a case, to its conclusion; she is regularly instructed where there are vulnerable/child witnesses; she regularly appears in cases involving the use of special measures including the cross examination of vulnerable witnesses under s28 YJCEA 1999.

Jane is thorough in case preparation and engages fully with those instructing her, at each stage of the case, drafting applications and giving advice in a timely manner, to secure a positive outcome for her clients; she is aware of the importance of prompt responses to requests from professional clients.

She regularly appears in the Court of Appeal.

R v B & others – First on the indictment in Muti handed trial concerning the armed robbery of a Securicor Van by an organised crime group. Cell site analysis and Forensic evidence relating to Ink-stained Bank notes was challenged.

R v McW – Serious Organised Crime Group – D was one of 12 who had trafficked drugs from Spain to Liverpool and on to Carlisle and the North east. Case involved interpol, Cell Site analysis and Undercover Observations.

R v A – Rape by former partner, successfully pursued reluctant disclosure of unused material that led to the Crown ultimately deciding to offer no evidence.

R v I – Rape of step children dating back to the 1960s , D acquitted after evidence from deceased Complainant was successfully argued to be inadmissible and Court agreed that evidence had inadvertently tainted the evidence of the living Complainants and D could not get a fair trial.

R v D– Prosecuted father who had raped his natural daughter from an early age, leading to the birth of a child.

R v R – Prosecuted catholic priest who had defrauded his parish of hundreds of thousands of pounds over a number of years. 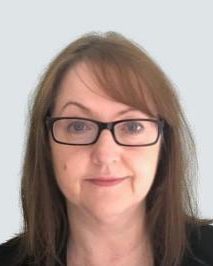