James joined Dere Street Barristers in 2017, having successfully completed a common law pupillage in Chambers. He has particular interests in property disputes and commercial dispute resolutionand also has a busy personal injury practice.

James accepts instructions in all areas of commercial dispute resolution including breaches and construction of contracts, breaches of trust and fiduciary duty, as well as general debt recovery. Recent cases include:

Prior to pupillage, James worked in the commercial property department of a solicitor’s firm where he gained experience in matters ranging from residential conveyancing to high value commercial transactions between landowners and property developers.

James regularly represents clients on both sides of personal injury matters from the small claims track to the multi-track. As well as regularly representing a mixture of claimants and defendants in road traffic cases (including those where causation of injury is challenged on the basis of LVI), James also has experience in cases involving accidents at work, occupier’s liability, the Highways Act and the Animals Act, and accepts instructions on a conditional fee basis where appropriate.

When he is not in court, James has a busy paper practice and enjoys advising in writing on all aspects of liability and quantum, including contributory negligence. 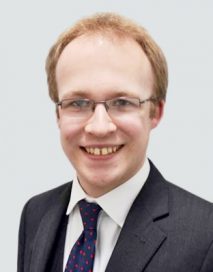