Called to the Bar in 2003, Henry is an experienced barrister specialising exclusively in Family practice

A tenacious advocate, Henry prides himself on his approachability and forensic attention to detail when preparing cases. He is sensitive to the emotional stress generated by proceedings in the Family Court and has been observed to have a calm and reassuring manner with clients.

Henry is experienced in all areas of public and private law proceedings, including complex allegations of physical and sexual harm.

Recent notable cases include the following: 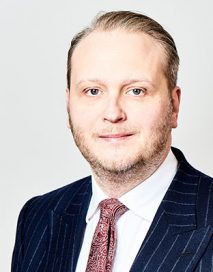