Helen was Called to the Bar in 2014 and has recently completed a common law pupillage at Dere Street Barristers under the tutelage of Richard Herrmann. Helen accepts work in all areas of Chambers’ practice.

Before commencing pupillage Helen worked for 12 months as a County Court advocate representing clients in a variety of contested civil hearings, such as Stage 3 Hearings, Landlord and Tenant disputes and possession claims.

During her studies, Helen volunteered for the Free Representation Unit and conducted employment tribunals on behalf of claimants for allegations of discrimination, unfair and constructive dismissal. Helen also volunteered for Citizens Advice for four years, rising to the rank of supervisor.

Helen has also worked for 18 months as a fee earner in a large criminal firm in the Midlands in the Serious Crime and Complex Fraud Department. One notable case on which Helen was primary fee earner was a complex tax fraud heard over 3 months at Southwark Crown Court. Additionally, Helen qualified as a fully accredited police station representative in 2015 and has represented clients in custody for serious offences such as murder, rape and fraud.

Helen has a keen interest in family law and is accepting work in all areas of public and private family law.

Helen was born in South Africa which has given rise to a passion for travelling. She recently volunteered at the South African Human Rights Commission in Cape Town for three months after which she travelled the country extensively. Helen is also a qualified Dance Teacher. 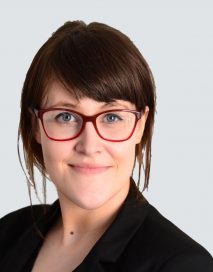