Harvey was born and raised in Auckland, New Zealand and attended at Auckland University before coming to the UK to study law. Upon completing his qualifications, Harvey spent some time as an agent advocate in the County Courts around the North East.

Harvey has been practising at the Bar in the North East since 2004 and has built a significant and specialist practice in Care and private law children work. He is regularly instructed by Local Authorities, family members and Guardians and is frequently involved in matters involving serious non-accidental injury, chronic neglect and sexual abuse. He is experienced in matters requiring in-depth and complicated examination and cross examination, particularly of medical experts. Whilst known as an effective advocate, Harvey maintains a reputation for exceptional client care.
Harvey appears in the Family Proceedings Court, County Court and High Court on a daily basis. He also has experience in the Divisional Court (Queen’s Bench Division) and Court of Appeal. 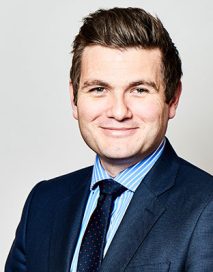