Graeme was called to the bar in 2016 having practised as a criminal defence lawyer at Senior partner level in his own local firm and immediately prior to his call, several years as an in-house solicitor advocate at a respected South Tyneside Solicitor firm.

Specialising exclusively in crime since 2005, representing clients in serious and complex matters including that of murder, rape, causing death by dangerous driving, armed robbery and conspiracies ranging from class A drugs to wounding with intent, he brings a wealth of experience to the Criminal Team and their professional clients.
Graeme was appointed a Recorder of the Crown Court, North Eastern Circuit in 2008 and presides over a range of criminal matters including serious sexual offences such a Rape. He sits at level two on the Crown Prosecution Service panel of Advocates. 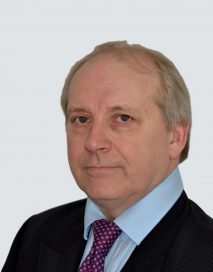 Recorder of the Crown Court (Class 2)