Elizabeth practises solely in criminal law appearing for both the prosecution and the defence. She is an accredited Rape and Serious Sexual Offences prosecutor.

Elizabeth has dealt with all areas of criminal law representing both the defence and the crown. She has defended in a number of large-scale drug conspiracies and has experience in dealing with complainants as young as 4 and defendants as young as 12 in cases of a sexual nature.

She represented a defendant who was charged with 10 counts of historic rape, the defence being that the complainant was suffering from False Memory Syndrome. The defendant was acquitted on all counts.

Elizabeth was successful in her application to stay an indictment, which consisted of 4 counts of rape dating back 32 years, as an abuse of process.

Elizabeth was recently instructed as junior counsel to represent an 81 year old man who was charged with the murder of his wife who was suffering from Alzheimer’s Disease. The case brought up many interesting legal issues including suicide pacts.

Elizabeth has represented the Crown on many cases including rape, child cruelty, drugs and serious violence.

Prior to coming to the North of England Elizabeth worked in Belize for a couple of years. She was initially employed by the Department of Public Prosecutions and conducted over 40 prosecutions of murder cases. She then was appointed to be the Attorney for the Belize Police Department.

When she is not in work Elizabeth enjoys spending time with her children, horses, dogs, cats, rabbits and chickens (and husband!) 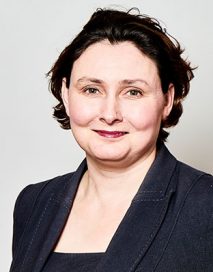