The majority of David's instructions relate to Care Proceedings.

He receives instructions from several Local Authorities whilst also acting regularly for family members and Children’s Guardians. David has acted in many cases involving complex and conflicting medical evidence including fabricated or induced illness, Poisoning, Shaken Baby Syndrome, Sexual and all forms of Physical Abuse.

David has established a practice acting for both Local Authorities and family members.

“He has a great rapport with clients.” “He will eloquently and forcefully argue his client’s case.”

“Judges love him and opponents respect him. His preparation is second to none and his advocacy is uniquely persuasive.” 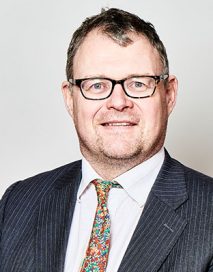