Since being called to the Bar David has specialised in Crime and receives Instructions to Defend and Prosecute (Level 4) cases in the Crown Court that are both publically and privately funded.

David regularly advises and appears in cases involving allegations of murder, manslaughter and non-fatal offences against the person including Wounding with Intent, Kidnapping and Child Cruelty.

Other areas of repute include sexual offences including rape and offences committed against children (both historic and contemporary), computer crime including downloading indecent images and fraud, armed robbery, death by dangerous driving and complex conspiracies to defraud and supply drugs.

David has an established reputation as a first rate and thoughtful barrister who is able to identify the salient points in a case with an appropriate order of priority. He is considered to be a highly skilled and experienced jury advocate. 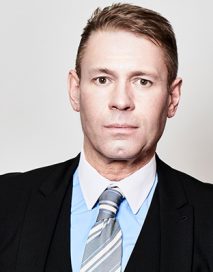