Claire is a family law specialist in the area of law relating to children.

Whilst she accepts instructions in all child related cases, she has a thriving public law practice and regularly appears in difficult and complex care cases. Claire has particular experience in cases involving serious and complex injury and in matters of sexual abuse and she has relevant experience of cases concerning factitious illness and induced illness.

Claire is regularly instructed by a number of local Authorities in the region but also appears for parents, family members and the children concerned. She appears in all tiers of the court system and has considerable experience of representing parties with learning difficulties and mental health issues.

Claire not only appears in court in respect of the cases in which she is instructed but is happy to retain a continuing advisory role whilst a case is ongoing, using the benefit of her experience to advise upon evidence and procedure where necessary. She regularly receives positive feedback in respect of her approach to both lay and professional clients, the quality of her written work, her technical ability and her commitment. 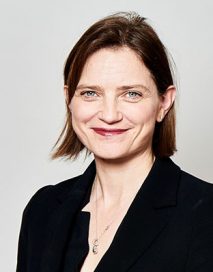