Christopher joined Chambers in October 2014 upon successful completion of pupillage. He has already obtained a reputation for dynamic and tenacious advocacy and has developed a very busy common law practice. Christopher accepts instructions is all areas of Chambers practice with particular emphasis on the following areas:

Christopher has a particular interest in commercial disputes and chancery law. Appearing regularly in both the High Court and the County his reputation as a rising star is well established.  Highly valued by Solicitors and their commercial clients as a safe pair of hands, Christopher’s common sense approach and commercial acumen resonate well with business clients who trust him with their disputes.

Christopher has experience in both corporate and personal insolvency, covering every stage of the insolvency process; including contested petitions and administration applications.  Again his reputation for common sense and commerciality impresses clients.

Christopher is frequently instructed to advise and represent beneficiaries and personal representatives in contentious probate matters and claims under the Inheritance (Provision for Family and Dependants) Act 1975.

Christopher prosecutes and defends in the Youth Court, Magistrates’ Court and Crown Court. His expertise covers a spectrum of criminal offences including fraud, violent crime and sexual offences. Christopher also acts on behalf of local authorities, Her Majesty’s Revenue and Customs (HMRC), the Security Industry Authority (SIA), Trading Standards (TS) and the Royal Society for the Prevention of Cruelty to Animals (RSPCA). He has appeared successfully in the Court of Appeal.

Christopher appears regularly in the Family Proceedings Court (FPC) and County Court in both public and private law matters. He also represents applicants and respondents at all stages of financial remedy proceedings. 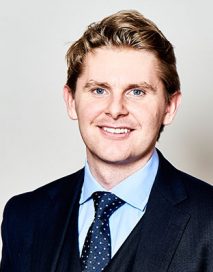