Anne is now one of the most senior and experienced members of the criminal team within chambers. She has been a Grade 4 prosecutor and a member of RASSO panel for many years and practises exclusively in crime.

Anne has a wealth of experience dealing with sexual offences of all categories and has developed a particular expertise conducting cases of historic abuse allegations and those involving young and vulnerable defendants. She has a calm uncomplicated manner and is recommended for her interpersonal skills and her ability to speak to and gain the confidence of witnesses and defendants.

Anne has prosecuted and defended in cases involving serious violence, including murder. She has also represented those accused of multi handed drugs’ conspiracies

Anne regularly conducts lectures for her professional clients and past subjects have ranged from all aspects of the Sexual Offences Act 2003, trials involving young defendants and allegations of historic abuse, the cross examination of vulnerable witnesses, the use of intermediaries and the criminal procedure rules.

She is involved with the court training of new Detective Constables for Northumbria Police and also is the Newcastle and York Bar representative for the local implementation team for Section 28 – cross examination of vulnerable witnesses.

Anne is also a trainer of advocates for the Bar’s vulnerable witness programme.

Anne speaks French and German to a reasonable standard and can converse at a basic level in Spanish.

Anne is always happy to be contacted privately by her professional clients – by mobile or email. Please speak to her clerks.

‘Committed, conscientious and careful, she is invariably instructed by the prosecution in their most sensitive and serious cases, particularly those involving vulnerable witnesses.’

‘She has exceptional interpersonal skills.’

“She takes the utmost care with each client.”

“Her greatest strength is her compassion when dealing with vulnerable witnesses” 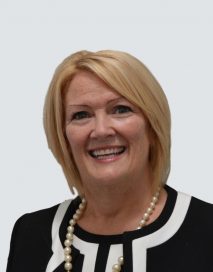 Master of the Honourable Society of Inner Temple (Governing Bencher)

Assistant Master of the North Eastern Circuit for Inner Temple

Member of the Crminal Bar Association

Member of the North Eastern Circuit