Andrew is regularly instructed to act on behalf of local authorities, family members, and children in public law proceedings; from urgent applications through to finding of fact hearings, final hearings, and appeals. He has experience of cases involving allegations of serious physical and sexual abuse.

Andrew is currently being led by Penny Howe QC and Barbara Connolly QC in separate cases involving alleged sexual activity between siblings, in each case representing one of the children concerned.

2021 – Inquest touching the death of Thomas Brookes, a 16-year-old child who died whilst placed at home under a Care Order. The Coroner’s conclusion was one of death by misadventure. Instructed on behalf of Together for Children Sunderland.

2019 – Inquest touching the death of Cpl Joshua Hoole, who died during an Army fitness test in the Brecon Beacons in July 2016. The Coroner raised concerns that the Army had failed to learn lessons following the 2015 Inquests.

2015 – Inquests touching the deaths of Cpl James Dunsby, LCpl Craig Roberts, and LCpl Edward Maher. The deceased were Army reservists who suffered fatal heat injuries during a SAS selection exercise in the Brecon Beacons in July 2013.

The Honourable Society of the Middle Temple 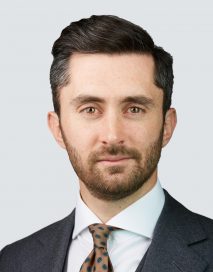