Andrew has over 20 years experience as a criminal advocate. This has allowed  him to develop particular expertise  in some of the most serious criminal cases. He has built this expertise on the cornerstones of high levels of professional and lay client care, sound judgement, detailed preparation and working hard to find an innovative angle where necessary. He is inciteful, with particular ability to advise on and manage the strategic direction of the case from an early stage in order to secure the best outcomes.

He has been a registered Pupil Supervisor since 2010.

Andrew has extensive experience in dealing with a range of sexual offences.

R v H— Rape–successfully defending 16 year old charged with rape of 14 year old girlfriend. Analysis of telecommunication and social media evidence to secure material to assist in defence. Heightened tension due deft and family being harassed in the local community as a result of allegation.

R v W—teenage defendant charged with rape of child under 13.  Complainant not legally able to consent due to age.  Court of Appeal indicate that instances where custodial sentence would not be passed are “vanishingly rare”. Advice from an early stage as to type of mitigation material to obtain secured non-custodial sentence and strong judicial commendation as to standard of representation.

R v S—Rape. Defendant with learning difficulties. Indictment stayed as an abuse of process by establishing, through use of expert psychological and psychiatric evidence that the defendant’s condition had caused his memory of the incident to deteriorate during the court process.

R v M and M. Manslaughter Representing defendant after nightclub doorman died of a ruptured aneurysm following an altercation. Sourcing internationally renowned expert to establish that the rupture was spontaneous and not due to the defendant’s actions.

Shaken Baby Syndrome- R v C Using evidence from multiple expert sources to establish that injuries due to alleged shaking may have been as result of  an accident, leading to no evidence being offered against defendant.

R v PH—successfully defending in case of causing grievous bodily harm with intent by sourcing joint opinion from a biomechanical and textiles expert to undermine the complainant’s account of being hung by her leggings.

R v B, Z and others, R v S, B and others. Large scale police operations in relation to supply of controlled drugs, involving undercover operatives, sensitive handling of informant based disclosure issues and detailed analysis of communication data from mobile telephones and social media accounts.

Fatal accidents in the workplace— HSE v SCNH –successfully repelling defence expert evidence and abuse of process argument when an elderly lady asphyxiated after being caught in a set of defective bedrails.

NHS Protect— Acting alone against leading counsel at trial to successfully prosecute an optician charged with issuing a large volume of fraudulent prescriptions.

Trading standards— Actions against rogue traders including acting as leading counsel for Trading Standards in a complex fraud perpetrated by an organised gang of 10 defendants against elderly victims as far afield as Tyneside and North Yorkshire. 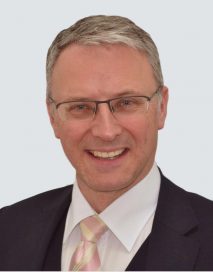