Ami has joined chambers from the employed Bar and practices exclusively in family law.

Ami has a natural interest in domestic proceedings and chose to study family law as part of the Bar Professional Training Course whilst at University. She wishes to focus her practice in this area and will be welcoming instructions both in private and public law.

Having joined Chambers in October 2020, Ami has been instructed as trial counsel for the local authority on a number of complex cases involving allegations of sexual abuse, Re W applications, non-accidental injury and chronic neglect. She has also acted for parents who have been accused of inflicting significant injury upon their children and has robustly cross-examined medical experts. Ami recently represented a former care leaver who was alleged to have deliberately, compulsively or subconsciously influenced her child into making allegations of sexual abuse. She was successful in having all allegations dismissed.

Until January 2020, Ami appeared in the Magistrates, Youth Court and Crown Court whilst employed as a Crown Prosecutor with the CPS, whom she joined as a pupil in November 2017. Known for her sensitive handling of cases, Ami was often instructed to prosecute cases involving allegations of domestic abuse. She also successfully secured convictions after trial in a knife-point robbery which involved cross-examining young witnesses, a sexual assault trial and a 4-day benefit fraud trial involving complex disclosure issues.

Ami was often complimented for her persuasive court room advocacy and presentation of cases from colleagues and members of the judiciary alike. She has been described as:

“A breath of fresh air in what can sometimes be a rather stuffy legal environment”.

“Sound reasoning and an incisive appreciation of the overall picture.”

“Always meticulously prepared and ready to give her best in court.”

Prior to commencing pupillage, Ami worked with the Witness Service and Victim Support where she was trusted with full responsibility for delivering a pre-trial outreach service across the North East. Ami managed her own complex-caseload and provided advice and support to police, social services and service users including victims of sexual abuse, trafficking and children as young as 4 years old. Ami also secured first of its kind funding from Durham Police and Crime Commissioner to ensure the provision of advocacy services to those with mental health problems and she was commissioned to provide the force with a set of support standards and service recommendations.

In May 2015, Ami was presented with an award by HRH Princess Anne to recognise her contribution to the justice system.

The Honourable Society of the Inner Temple 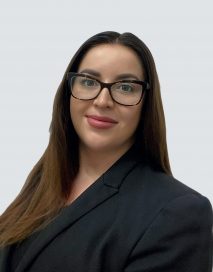