Adam has built a strong reputation with both claimant and defendant firms for being a tenacious and highly effective advocate with a formidable attention to detail. Adam specialises in the areas of personal injury, occupational disease and employment law.

Adam has specialised practice encompassing claimant and defendant work, both in court and through a busy paper practice. Adam is acknowledged by clients and colleagues at the Bar as a rising star both in chambers and on the North Eastern Circuit for his civil practice which predominantly covers personal injury, Credit Hire, RTA fraud, public liability, employer’s liability, occupier’s liability and costs work (from fast-track to multi-track claims).

Adam has years of experience has in occupational disease work where regularly acts on behalf of claimants and defendants. Work he undertakes encompasses the full range of work within this discipline, including asbestos matters, respiratory diseases, HAVS, RSI and NIHL. He regularly advises in matters of considerable value and complexity including attendance at joint settlement meetings.

Adam has developed considerable experience in representing employees, Trade Unions and employers in tribunals across England, Wales and Scotland as well as the Employment Appeal Tribunal. He also undertakes advisory work and assists with alternative forms of dispute resolution. Particular areas of expertise include discrimination, unfair dismissal, ‘whistle-blowing’, TUPE, working time, and redundancy. Adam regularly appears in multi-week tribunal hearings as well as claims on behalf of multiple claimants. 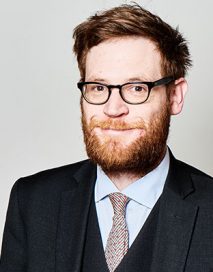